JEFFREY SCHMELKIN (he/him/his) is a musical theatre writer, composer, and music director based in New York City. His work has been presented all around New York including Feinstein’s/54 Below, The Midtown International Theatre Festival, and Off-Broadway's Triad Theater.

Noteworthy works include UNTITLED TIME: A NEW MUSICAL, WHAT'S WRONG WITH THE WORLD?, and THE PARTS I KEEP INSIDE. He has also music directed collegiate and high school productions and musical revues in and around the greater New York City area.

In early 2022, Jeffrey founded JES Theatrical, LLC, a theatre company that produces his original works in New York City and beyond. He is a proud member of ASCAP. 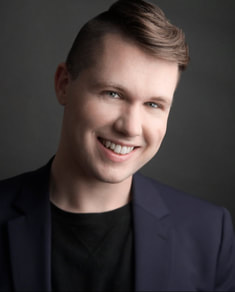 RYE MYERS is a multi-hyphenated producer, host, and digital content creator. He is beyond excited to be producing his first project, The Parts I Keep Inside, through his production company Rye Entertainment, a production company that produces projects in all mediums and is changing the way we think of producing.  He is also the host of the talk show series "Live with Rye!" and hosts/moderates several events for companies, including Broadway Plus.